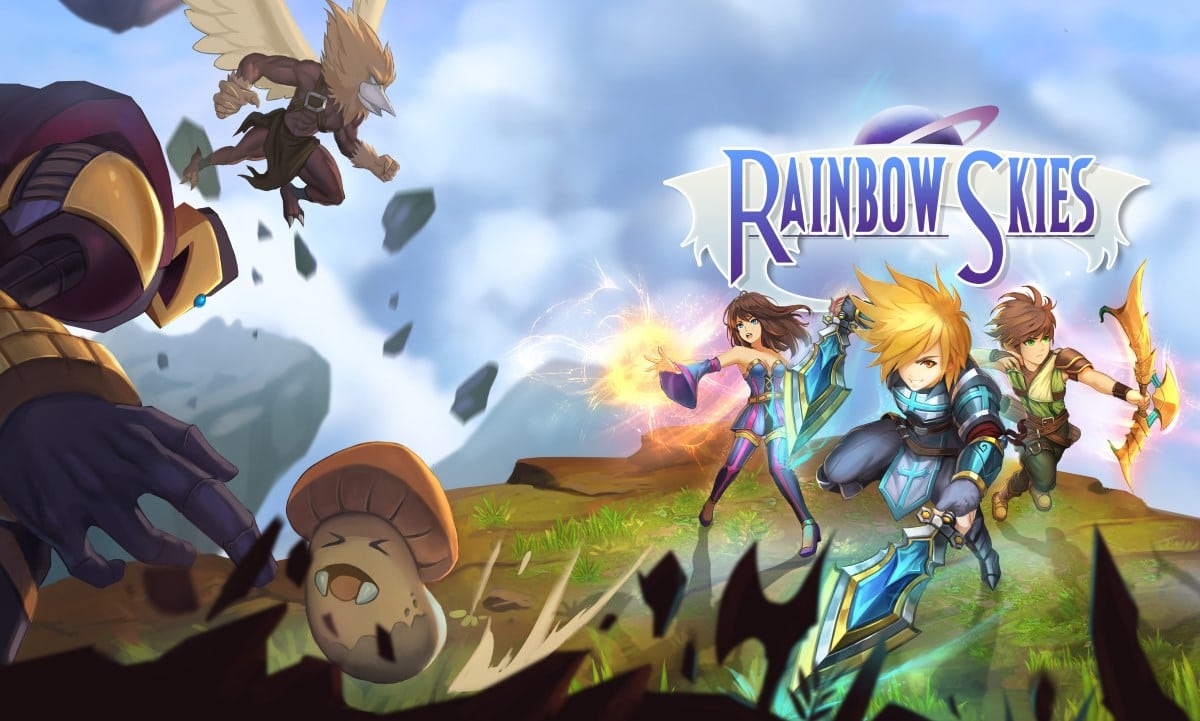 Releasing in 2012, EastAsiaSoft dropped Rainbow Moon on the Playstation audience, hitting PS3 and Vita. The game, while technically fine, did have a few issues that held it back from greatness. A badly paced and a convoluted story really held the game back. The combat, while not bad, did seem a bit uninspired. The game seemed to just miss the mark and it really felt like a lost opportunity.

Here we are six years later, and the follow-up has arrived on the PS4, PS3, and Vita via cross buy. Did developer SideQuest learn from their mistakes? Or does Rainbow Moon follow the trail set by its predecessor?

Our story this time concerns Damion, who is taking his final steps to becoming a Monster Tamer (Monster Hunter was already taken). Naturally, things go horribly wrong and Damion, along with Layne (another aspiring Monster Tamer and rival), go plummeting from their sky city. The duo practically land on newcomer Ashly, who is working on using magic to tame monsters. Ashly messes up a binding spell and the crew is stuck together, thus our team is born, whether they like it or not.

The story is, once again, nothing special and merely serves to keep players trudging on. You start off trying to undo the binding spell, but eventually end up trying to generically save the world. The game ran me about 80 hours, and that’s with me doing just some of the side quests. There is plenty to do, the only problem is that there are several difficulty jumps so a fair bit of grinding is required.

Rainbow Skies, like the first game, is a SRPG (Strategy Role Playing Game), you’ll recognize the genre from such games as Disgaea series and Final Fantasy Tactics. The battles are turn based but you are playing on an isometric grid. Depending on your stats you will only be able to more so many squares on the grid at a time. If you move close to an opponent a battle will ensue. Your party, after you get them in the beginning moments of the game, can consist of three characters. The battles play pretty well and you do have to plan your moves out or the enemy will surround and pound you.

One potentially interesting mechanic is the ability to tame monsters and add them to your party. This sounds cooler than it actually is as taming all the different monsters really isn’t different once you get the hang of it you can pretty much nail it every time. Obviously some monsters are more useful than others, but in a pinch they actually are pretty helpful. 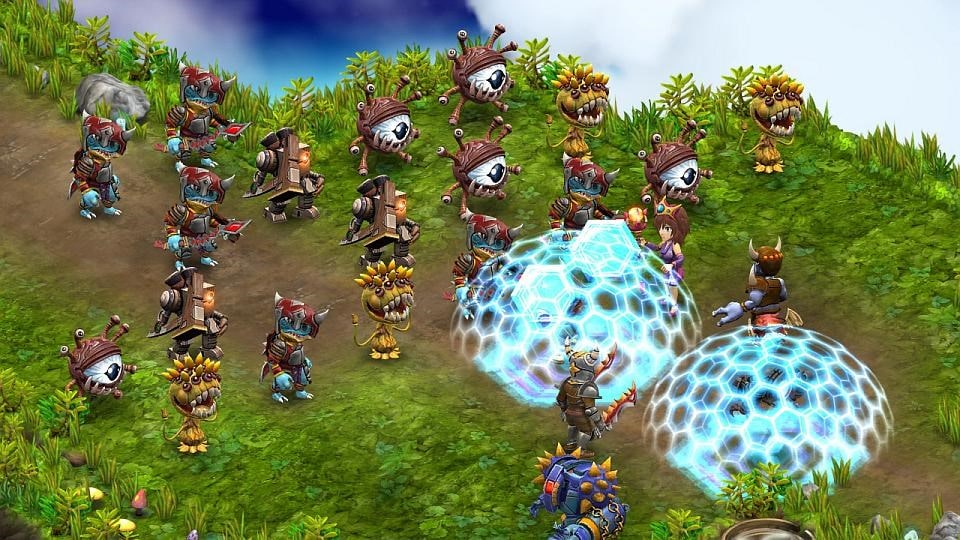 Finally, your characters can gain new skills and spells through leveling up or purchasing books. These new abilities you get seem cool, but upon use you will notice that your base skills are just as good if not better. There really is no real motivation to change things up much with these new abilities. Cross save between the PS4 and Vita works great and only requires an internet connection to grab the updated save file.

The controls are pretty simple. Left stick moves, X interacts, Triangle opens your menu. L and R moves between the panes in the menu. Everything you need is in said menu and this system works great for the game style.

The game is very much inspired by SRPG’s of old, and it looks pretty similar to a lot of them as well. The character designs are nothing special and look a lot like every other RPG you have played. 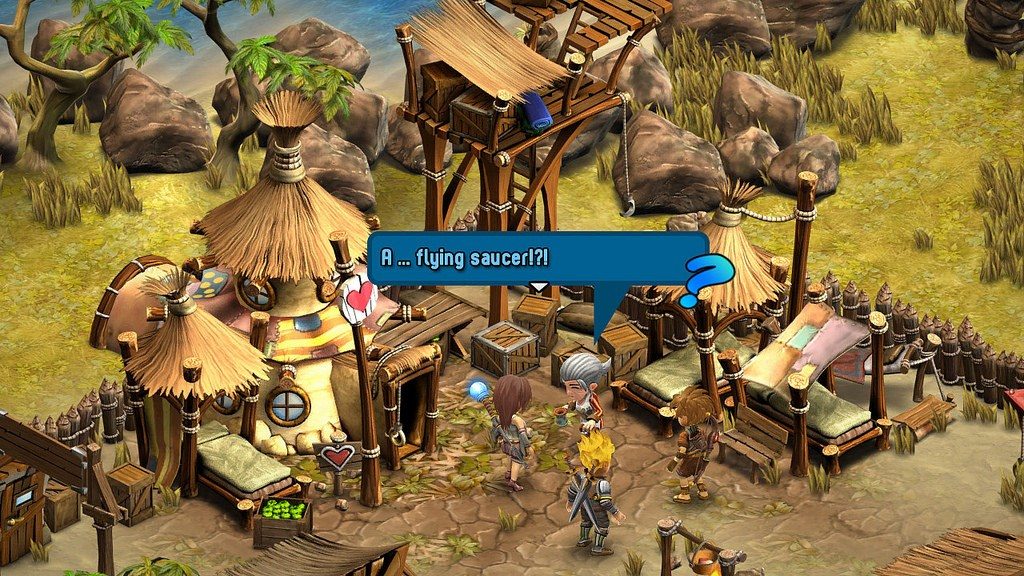 The game does run well on both PS4 and the Vita, but there is not much of a difference between the versions. The PS4 version in no way harnesses the power of the PS4 as things had to be limited to what the Vita could handle. While I do appreciate the cross buy/cross save combo and being able to play the game at home and on the go, I do feel like this held the game back in the graphics department.

The sound effects are very standard for this kind of game with a lot of grunts and metal clanging, but where the sound shines is in its score. The music in the game is very well done and does most of the heavy lifting as far as setting the mood. The music does a fine job of selling the stakes with its epic tone even when the story lets it down.

Rainbow Skies is a fine, if uninspired, example of the SRPG. It doesn’t do anything bad or particularly wrong, but there are many better examples of this genre. There are some interesting ideas but they, alas, never seem to be fully developed or engaging. The music is the saving grace here, but the game itself seems like time has passed it by.

Disclaimer: A digital copy of the game was provided by EastAsiaSoft for review purposes.